Negotiating the past and looking to the future 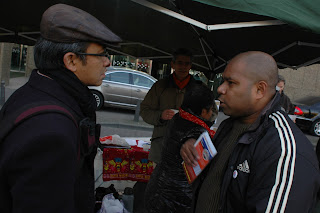 History is one of the main sources of conflict in Papua. The Act of Free Choice in 1969 remains the subject of dispute, both because of the way it was carried out and because of its outcome. Over the last 40 years, conflict over the history of the Act has contributed to the hardening of the positions held by the conflicting parties: the government in Jakarta and the Papuan people. The Jakarta government views the Act of Free Choice as ending all uncertainty about Papua’s status as a part of Indonesia, while most Papuans view the Act as illegal and as beginning a period of suffering and subjugation. These differing views of history have contributed significantly to creating a cycle of violence, to ongoing human rights abuses, the failure of development, marginalisation of and discrimination towards Papuans. More importantly, it has created a high wall of mutual misunderstanding and distrust that divides Jakarta and Papua.

Levels of violence in Papua have increased markedly in the past year, prompting a number of moderate Papuan leaders and a handful of intellectuals and activists in Jakarta to search for ways to bridge the differences between Jakarta and Papua. They promote dialogue as a tool to resolve the Papua conflict comprehensively. Their efforts raise critical questions: to what extent can sensitive historical issues surrounding the integration of Papua into Indonesia become part of the agenda for dialogue? What will it take to find common ground and truth acceptable to both parties?

The interpretation of history propounded by pro-independence Papuan intellectuals and leaders is diverse: one faction believes that Papua proclaimed its independence on 1 December 1961, while another considers that the proclamation occurred on 1 July 1971. Despite such differences, they agree on a number of elements. All use pieces of the history of Papua’s integration into Indonesia, mainly the Act of Free Choice, to question the political status of Papua as a part of Indonesia. They point to the force used in the implementation of the Act and say that Papuans have never been properly consulted about their political status. Consequently, they argue that the Act of Free Choice should be reviewed by the UN. They expect that the UN, if it uses simple logic and looks back carefully at Papua’s history, would agree to pro-independence arguments and eventually endorse the independence of Papua.

As a consequence, government officials say Indonesia was well within its rights to select 1026 Papuan representatives to participate in the Act of Free Choice. Indonesia made this choice, they say, because of the difficult geography of Papua and to allow for the Indonesian political culture of forging consensus by mutual deliberation (musyawarah). According to Indonesia, the result is enshrined in UN Resolution No 2504 (XXIV) which endorses the transfer of sovereignty over Papua to Indonesia. Therefore, Indonesia will do anything in its power, including the use of armed force, to defend itself against threats to its sovereignty and territorial integrity in Papua.

The contrasts in the historical perspectives held in Jakarta and Papua are obvious. But is it possible to fashion a historical truth which is acceptable to both sides? In the context of the Papua conflict, each party tends to employ the past selectively in order to suit its political goals. What ends up being expressed is the anger of the powerless on one side and the arrogance of the powerful on the other. Works of professional historians have only contributed in a limited way to breaking down this binary; they tend to have little effect on firmly held nationalist convictions. Both the marginalised and the powerful retain their versions of history as the truth.

In practice, forging accepted historical facts is a process that is always determined by power relations and interests. The decolonisation of West New Guinea and the political processes which followed it, especially the New York Agreement and the Act of Free Choice, should be understood as political struggles. The players were not only Indonesia and Papua, but also the Dutch, the US, and the Soviet Union. The Cold War and the competition between global powers favoured the Indonesian Republic: the threat that Indonesia might turn to the Soviet Union ensured that Indonesia’s interests were prioritised to ensure that threat did not materialise. Unfortunately, Papuan leaders were in a weak bargaining position and were not given the opportunity to press their interests during the negotiations. The Act of Free Choice was a product of that one-sided contest.

Now, 40 years on, and even as the Indonesian political system grows more democratic, the validity of the Act of Free Choice remains a subject of dispute. For Papuan leaders the key issue is whether the history of the Act of Free Choice can be used to alter the status of Papua and bring about independence. By pointing to the flaws in the way that Papua was integrated into Indonesia, they hope, Indonesian sovereignty over Papua may be discredited or even negated. Obviously, the Indonesian government will never tolerate efforts in this direction. Fears among Indonesians about threats to Indonesian sovereignty are overwhelming, even if they are sometimes hard to explain to Papuans and to outsiders. But because independence is a non-negotiable subject, those raising it are confronted with violence, arrest and human rights abuse.

In the 2001 Law on Special Autonomy for Papua, the Indonesian national parliament does address the issue of history. Article 46 of the law requires the government to establish a Truth and Reconciliation Commission, one of the tasks of which would be to clarify the historical record. There is a catch, however: the Commission is supposed to clarify the historical record with a view to strengthening the integrity of Indonesia. In other words it is not to be employed as a tool to question the political status of Papua.

However, since the law was enacted, this article has been ignored. No Truth and Reconciliation Commission has been established, and there has been no official effort to reopen the historical record even to this very limited extent. Even worse, many of the other crucial provisions of the special autonomy law which try to address the roots of conflict in Papua have been undermined in practice, and conflict has not subsided.

The failure of special autonomy has driven many parties to reconsider the possibilities of opening a process of dialogue to break the political impasse in Papua. A number of researchers from the Indonesian Institute of Sciences (LIPI), collaborating with NGOs and government officials, have striven to gain support for dialogue from important political figures and high officials within the Indonesian government. The proposed dialogue would involve representatives of Papuan pro-independence groups and delegates of the central government, and would be open-ended, covering all issues including the demand of independence and the revision of special autonomy law.Those advocating dialogue in Jakarta have in fact received a sympathetic hearing from many individuals within the parliament and government (except from certain intelligence and security-related bodies).

In Papua, some Catholic priests under the leadership of Dr Neles Tebay of the STFT Fajar Timur (Philosophical and Theological College) in Jayapura, collaborating with other denominations, local NGOs, student leaders, and Adat (customary) groups, have built an understanding with various local actors, including representatives of the armed pro-independence groups, about the necessity of dialogue as a more realistic method to further the interests of the Papuan majority. People are now talking about the possibility of a compromise on the issue of independence. But crucial questions remain. Papuans question the political will of Jakarta, especially given the failure of many aspects of special autonomy. Deep mistrust of Jakarta prevails.

Compensating for the past

President Susilo Bambang Yudhoyono has a chance to launch a dialogue that might help to resolve the Papua conflict, adding to his achievement in bringing about peace in Aceh. But negotiations cannot sidestep the issue of Papuan history. History is important because it is related to the interests and identity of people today and in the future. History should be transformed into a positive and constructive tool to help resolve current troubles. History should not be treated as a fixed position involving absolute truth and determining collective identity. Rather, history should be treated as a negotiable construction involving acceptance and compromise, and providing benefits for both parties rather than being the monopoly of just one side. Otherwise, history in Papua will perpetuate an endless cycle of violence.

Rather than having completely conflicting interpretations of the past, as is currently the case, it should be feasible for both sides to agree to pieces of historical truth. Doing so would allow past mistakes to be repaired and long-held grievances to be addressed. In particular, the government should be prepared to recognise Papuans’ memory of suffering and deliver dignified apologies for past wrongdoings – as it has done recently in the case of East Timor and Aceh. This should include re-examining the events surrounding the Act of Free Choice, and the government should have the confidence to do so without fearing that its entire claim to sovereignty in Papua will unravel.

In the eyes of Papuans, of course, official apologies will not be enough to restore justice. The government should also employ Papuan traditional ideas of justice, in which conflict is traditionally resolved by negotiation leading to payments and concessions to the wronged party. Both parties need to think hard about what kind of concessions and compensation is needed to build a new relationship between Jakarta and Papua.

muridanwidjojo
Cibinong, West Java, Indonesia
The writer is head of local political studies section at Indonesian Institute of Sciences (LIPI), Jakarta. After having obtained PhD in Leiden University, he returns to Papua. His attachment to Papua started in 1993 when he worked in Balim Valley. Since then, he keeps visiting Papua till today. Father Dr Neles Tebay and he are co-founders of Jaringan Damai Papua (JDP/Papua Peace Network) which strives to facilitate peace talks between Jakarta and Papua. This site is meant to share his empirical insight on the history and current affairs of Papua.

Writings on history and politics